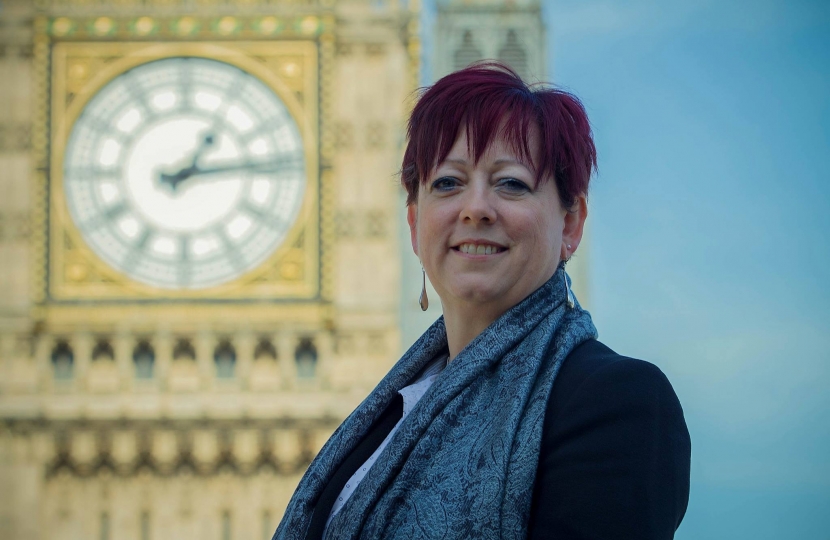 Jackie has been proud to serve the residents of Thurrock constituents in parliament since being elected in 2010.

When Parliament is sitting, Jackie typically spends her time working in the House of Commons, raising issues that affect her constituents, attending debates, voting on new laws and attending committees, which look at wider issues in greater details. Between May 2015 and 2017, Jackie served as an Assistant Government Whip, and additionally spent a lot of her time ensuring Government legislation passes through the House of Commons.

Most Fridays, Jackie spends her time in Thurrock meeting with constituents, local businesses and organisations.

You can use the tabs on the left hand side of this page to find further information about Jackie's role as we a Whip, what she did in her first Parliamentary term (2010 - 2015) as well as her views on some of the bigger issues that have been presented in Parliament recently.