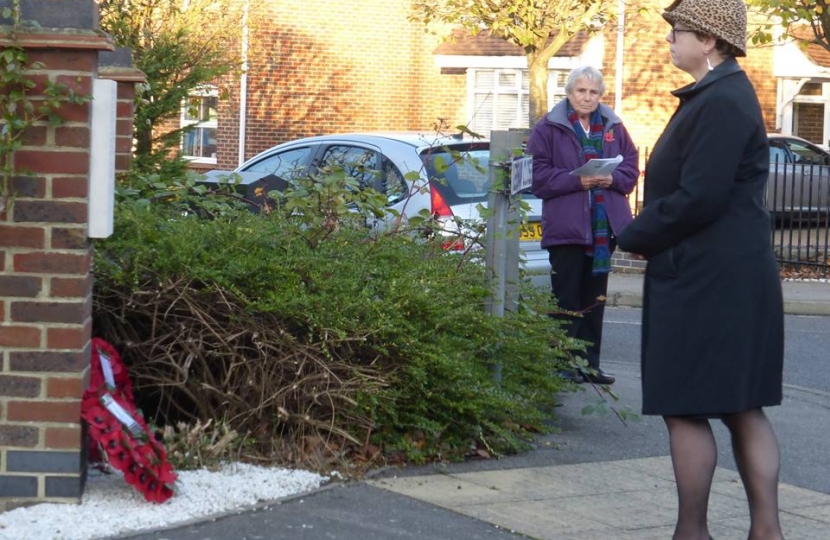 I have had mixed emotions of pride and sorrow following the Remembrance Sunday commemorations which have taken place across the Borough.  Pride, because the number of people turning out to pay their respect at the services just keeps getting bigger and bigger.  Sorrow because it appears that some see the occasion as one of nationalism rather than remembrance.

Last week this page carried a letter which stated that Remembrance Sunday is a celebration of victory.  It is not.  It is a day of mourning.  It is day when we remember those who gave their lives so that we can be free.  We celebrate victory on VE day and VJ day.  We should not undermine the respectful and sombre tone of the eleventh hour of the eleventh day of the eleventh month when we commemorate the Armistice and the cessation of hostilities that brought an end to the First World war. It is important that we maintain that tradition and protect the integrity of this special day and the poppy appeal.  Those that do so are not being unpatriotic as has been suggested, they are being respectful.

Ultimately, the British Legion own the Poppy appeal and Remembrance Sunday.  It is they who set the tone and the protocol.  It is a time for quiet reflection.  The union flag plays an important role in the ceremonial.  It is treated with reverence.

So lets protect the dignity of the occasion and leave the ceremonial to the British Legion to whom it belongs.