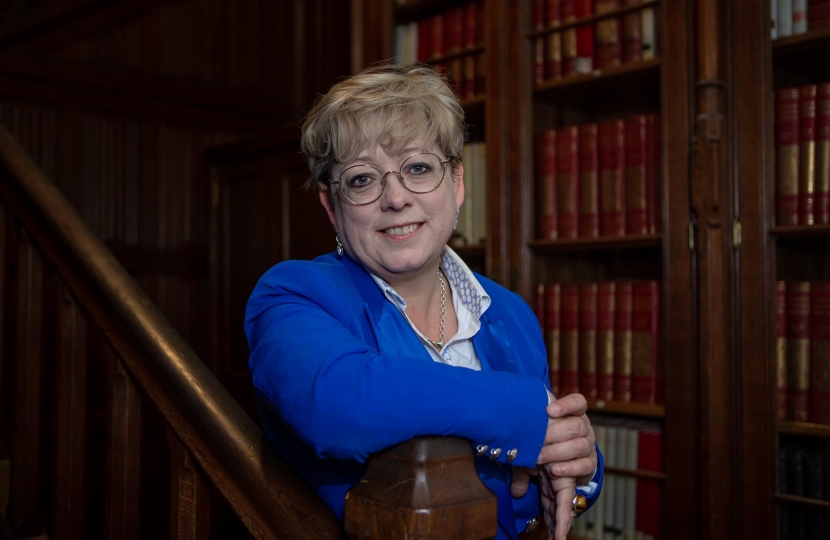 Predictably as soon as the votes were reported my phone began to ring from every newspaper. There is nothing the media likes more than the headlines about splits and rebellions.

The truth is that there is nothing big or clever about voting against the party whip. We all have to make compromises. If you sign up to stand under the flag of a political party, you should be prepared to follow your leader in most circumstances.

Sometimes that means voting for things that are difficult. Things that will get you a tsunami of emails in your inbox. But you do it because without the whip managing government business through the house, government just won’t function.

Yesterday’s vote was different. As MPs we are elected by our 650 constituencies to defend their liberties. As members of parliament, we enjoy privileges so that we can challenge the institutions of government on their behalf.

In return for those privileges, we are expected to abide by the code of conduct and ensure that we register all our outside interests with the Parliamentary Commissioner who has the authority to investigate breaches of the code.

This isn’t a judicial process or a matter of law. It is a system of self-regulation. The Parliamentary Commissioner will refer matters in the first instance to the committee on standards who will make a recommendation which is then considered by the whole house.

This process is enshrined in the code of conduct and in standing orders of the house. We are expected to abide by it in both our behaviour and in how we judge the behaviour of our fellow MPs

The principle is that judgment is exercised by the member’s peers, not by government. It is the job of the house to judge whether a breach has occurred as described by the commissioner and to resolve an appropriate penalty or otherwise. It is based on the principle that we are all honourable members, and we all have an interest in maintaining the respect for parliament.

Such “house business” has traditionally been unwhipped. Whipping should be only for the management of government business. It reflects badly that it was used in this context, however well-intentioned and whatever the party considers its duty of care.

It is entirely understandable that colleagues did not wish to vote for the penalties that were proposed for Owen Paterson. There is every sympathy for him. Sympathy I share. But I also respect the judgment of my colleagues on the standards committee who concurred that there was clear evidence that the ban on paid advocacy had been breached.

The vote totally undermined the deliberations of a committee of the house appointed for the purpose. That is totally regrettable and unfair on the colleagues who acted in good faith.

To be frank this was a difficult vote for everyone. But I come back to the point. Sometimes as members of parliament we have to do things that are difficult. Upholding the recommendations of the standards committee was a difficult thing to do to a colleague but the right thing to do. We are the guardians of the reputation of parliament. We can’t complain that MPs are abused and criticised when we fail to uphold our own processes.

I know that most members are entirely honourable and want to serve the public. When breaches of the code do occur, they are rarely deliberate and can be addressed by a system in which the member engages constructively with the committee and the commissioner. The public will not understand this when they see Conservative MPs voting to stop one of their own being punished.

It reflects badly on the government, the Conservative Party and most of all, on parliament.

I suggest that Conservative colleagues may have been more inclined to uphold the recommendations of the committee were it not for the existence of recall. It is one thing to vote for a colleague to be suspended from the house for a period. It is quite another when the penalty could lead to a recall petition and that person losing their job.

I take the view that recall should be reserved for criminal convictions only. While ever the house retains responsibility for the code recall will have an effect on how MPs vote on these matters.

This isn’t the end of the matter. The new committee will be established and will take a view which parliament will have to reflect on again.

But we also have a bigger challenge. We do need to restore the reputation of parliament. MPs have not recovered since the expenses scandal. Even though two thirds of us were elected after it, we even today get barbed comments about fictitious claims we are supposedly making.

Much of the public believes that we are trousering money at a rate of knots. The truth is somewhat different. It will be dangerous for representative democracy if that perception does not change.

After today’s vote that is so much harder.