Parliament needs to agree to leave the EU 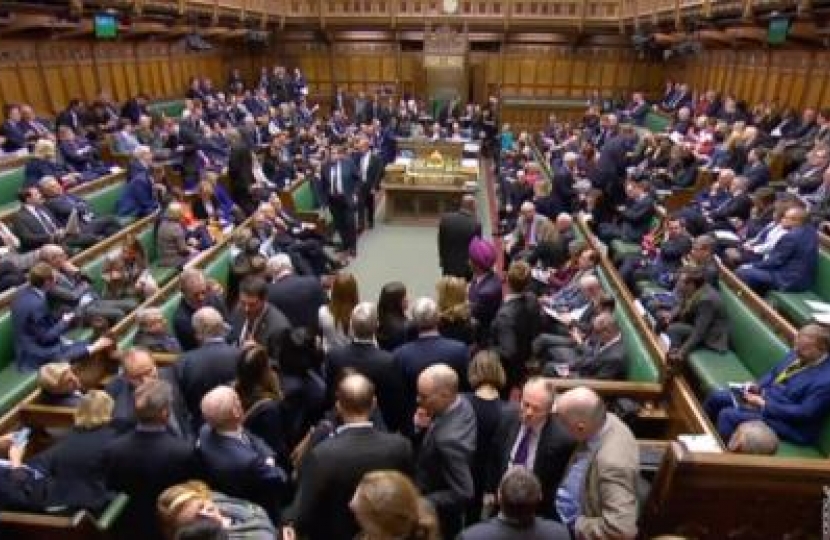 Since the referendum I have voted consistently to leave the European Union in every vote that has taken place in the House.  However we now find ourselves in the position that Parliament is unable to deliver the will of the British people.

Those of us who have voted to deliver Brexit find ourselves frustrated by a Labour Party that has voted against leaving the EU at every opportunity.  And Conservatives who have been prepared to vote with them to do so.

There are of course those in the Conservative Party that would prefer to leave with no deal.  Since leaving the single market with no deal would mean a hard border with the Republic that would be in breach of the Good Friday agreement.  That’s why we have worked hard to secure a deal.

A number of Conservative Brexiteers found themselves voting against the Prime Minister alongside those who wish to stay in the EU.  As I said to them, you cant both be right.  Parliament would never allow leaving without a deal. And so it has come to pass.  The defeat of the Prime Minister’s deal has led to rejection of no deal.  It means we will not leave on March 29th as promised.

That is a matter of regret.  It is a matter of faith in democracy that we leave the EU as we promised to do.  Colleagues across Parliament need to reflect on that.  We have just a few days to get this right.