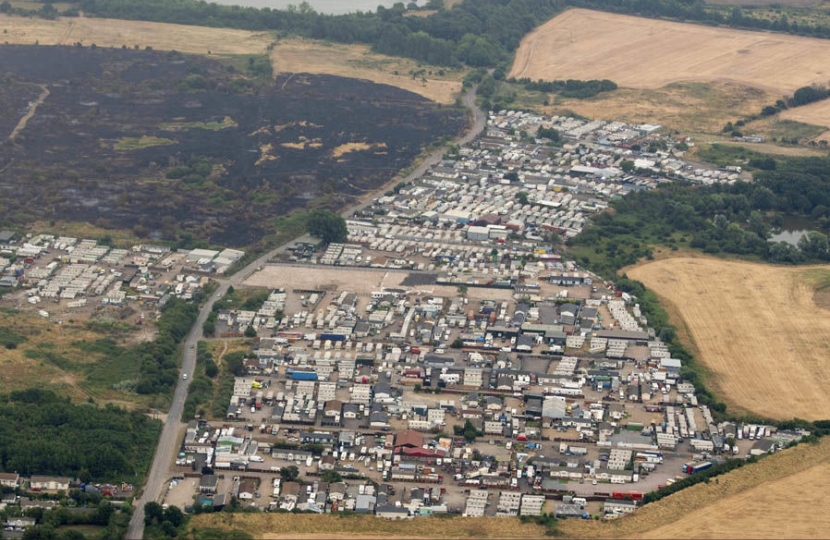 Thurrock MP Jackie Doyle-Price made a complaint to the Local Government Ombudsman regarding Thurrock Borough Council’s handling of issues at Buckles Lane.  Specifically the complaint referred to the failure to regularise the Showmen’s permission to be on the site and the failure to enforce against the non-showpeople who had settled there without planning permission.  The MP stated that it was unfair to residents who do abide by planning laws and was a dereliction of the Council’s duty as a planning authority.

Jackie said: “In the ten years that I have been a Member of Parliament, Buckles Lane has come up with extreme regularity.  Whenever I raised the issues with the Council the response would be most disappointing and the complainants would feel fobbed off.  It was incredibly frustrating, but ultimately Members of Parliament cannot instruct councils to do things.  In the end I decided enough was enough and I asked the Local Government Ombudsman to investigate.

Ultimately there is a failure to deal with planning issues over a number of years.  This has led to a green light for more unlawful development.  Residents tell me the site is growing in size all the time, with site clearance and construction happening in plain sight.  Mobile homes for rent are openly advertised in the Thurrock Gazette and online.  Those responsible know that Thurrock Council will leave them be so they continue.  There are now 460 households on the site, none of them paying council tax.  The inadequate provision of utilities is hazardous.  It is a terrible situation for those who live on the site legitimately.

This situation cannot continue any longer.  It is time to get a grip.  It now falls to all 49 councillors to make sure that Thurrock Council discharges its responsibilities.  Our residents deserve nothing less".

The Ombudsman’s report and the MP’s letter to Cllr Gledhill are attached.