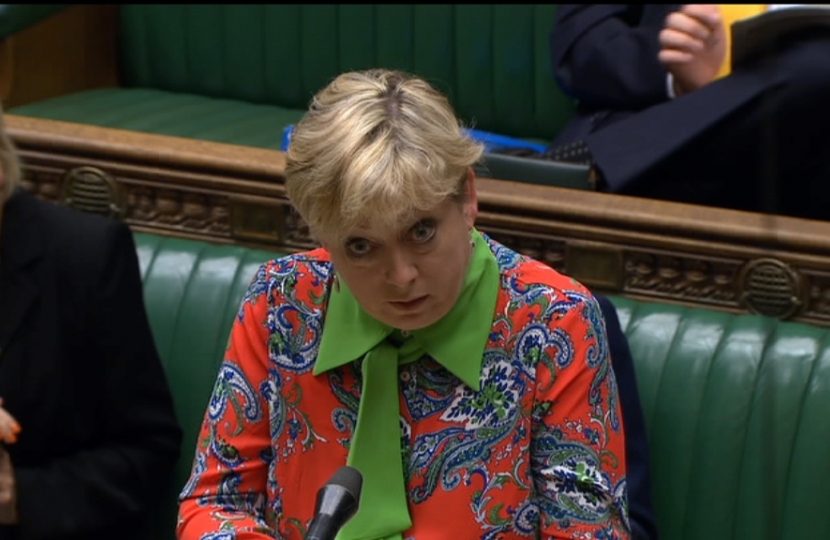 In a debate on International Women’s Day on 5th March, Thurrock MP Jackie Doyle-Price said Parliament has failed to give sufficient scrutiny to the development of gender reassignment services for children in the NHS with a real risk of harm.  She also defended the need for women only safe spaces and called on policymakers to devise laws which defend trans rights without discriminating against women.

The relevant section is reproduced below:

“I am particularly uncomfortable that the debate around trans rights and gender dysphoria has become pitted against the rights of women. It is surely not beyond the wit of policymakers to devise a set of rules and principles that protect the rights of transsexuals to find a way of living their lives and do not discriminate against women at the same time. Those of us who want to see women-only safe spaces are not guilty of hate crime against trans people—not at all. I think people who are trans want to quietly get on with their lives. It does not help any of them that they are pitted against women in this terrible, horrible toxic debate. The only people who are winning through this debate are those men who use their power to oppress women and see the opportunity to claim the right to self-identify as a weapon. None of us in this room should collude with that. We have already seen the case of Karen White, who self-identified as a woman, went into prison and committed crimes against fellow inmates. We must be able to devise a law that stops that happening but also supports those who are most vulnerable and need to have their rights defended.

Parliament has failed to give proper oversight of the growing number of transgender interventions for younger people. We have allowed treatments to develop at the Tavistock really unsupervised. This is no criticism of the medical professionals there, who clearly are doing their work with the best of intentions, but we need to look at the ethics of some of this and the practicalities of it. We are seeing more and more girls being referred for gender reassignment treatment. We are talking about girls well below the age of majority. I personally am very uncomfortable—well, I think it is wrong—about putting forward people for treatment that is irreversible when they are not in a position legally to give consent. We really need to be more honest about the challenges of puberty.

Puberty is horrible. I was a tomboy when I was growing up—that probably does not surprise hon. Members. When I got to my teens and suddenly felt my body changing, it was horrible. I hated every minute of it. I cannot believe what might have happened to me now, going through that. I carried on climbing trees and so on, and playing at being “CHiPs” rather than “Charlie’s Angels”, but now I would be on my iPad and I would suddenly find lots of other people who thought like me and then—guess what?—all those people are going to the Tavistock. It scares the hell out of me. I fear we are doing harm to girls when actually this is something that they could just be going through. It is quite a normal thing not to be comfortable with what is happening to our bodies. The fact that so many of the girls who are going for such treatment also have issues with autism frightens me even more.

I was contacted by a parent just this week who thanked me for something that I had said about this issue. She wanted to talk about the experience she had ​had with her daughter, who is on the spectrum. As she said, one of the classic symptoms of autism is that, as a sort of self-defence tactic, you become a different personality. When we think about that in the context of puberty and unhappiness with the way your body is changing, of course it is a natural response to pretend to be a different gender. I really think we have failed in this House; we have not given sufficient scrutiny and debate to a treatment which, frankly, if it is given out wrong, will do real harm to those girls and boys who go through it. I hope that this is something that we can give more attention to in future”.