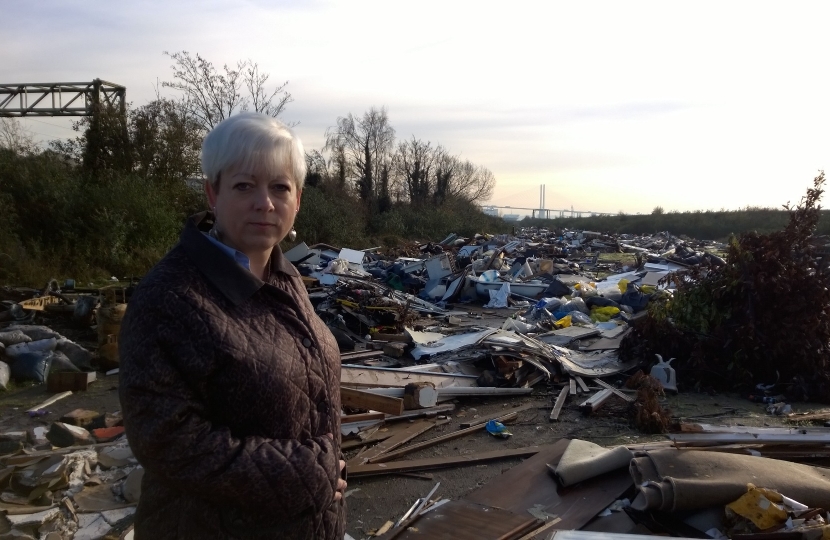 It has now been revealed that the mile long fly-tip at Purfleet will cost Thurrock council taxpayers some £700,000 to clean up. Jackie has received a detailed report from Essex Police which explains that Police reported the emerging fly-tip when travellers were first evicted in August. As the Council failed to secure the site, travellers were able to return in September and a commercial waste disposal operation was established. It beggars belief that the Council’s failure to buy a few breeze blocks has led to a huge bill for Thurrock residents. The Council must learn lessons from this. They must make sure that unauthorised encampments are dealt with promptly and they must ensure that he council’s assets are protected. As this is council owned land, it is negligent that better steps were not taken to protect the interest of Thurrock’s taxpayers. The law must be upheld.